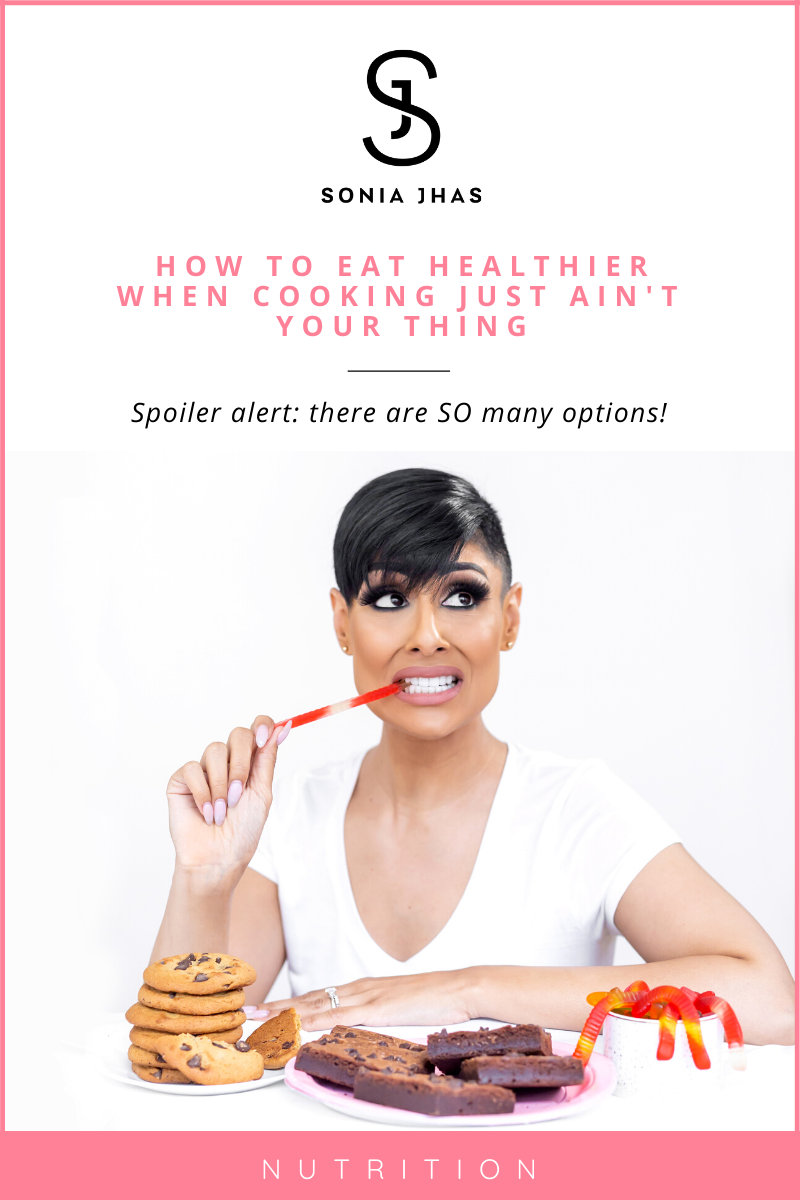 HOW TO EAT HEALTHIER WHEN COOKING JUST AIN’T YOUR THING

Want to know my dirty little secret? The one thing, as a health and wellness expert, I’m just not supposed to say out loud?

Sure there’s the occasional Sunday where I decide to whip up some buttery eggs and bacon for the family, but as a general, more often than not, I’m just not a big fan of spending my time in the kitchen.

I used to feel bad about it, like I had a problem that needed major fixing, particularly since I grew up believing that a major part of a woman’s role in the household is to cook for the family. But, I’m happy to report that I’ve gotten over a lot of that bullshit and have embraced some pretty basic workarounds that have made cooking feel less awful for someone who doesn’t have dreams of becoming a master chef.